Interesting Facts About Semi Trailers and Their History 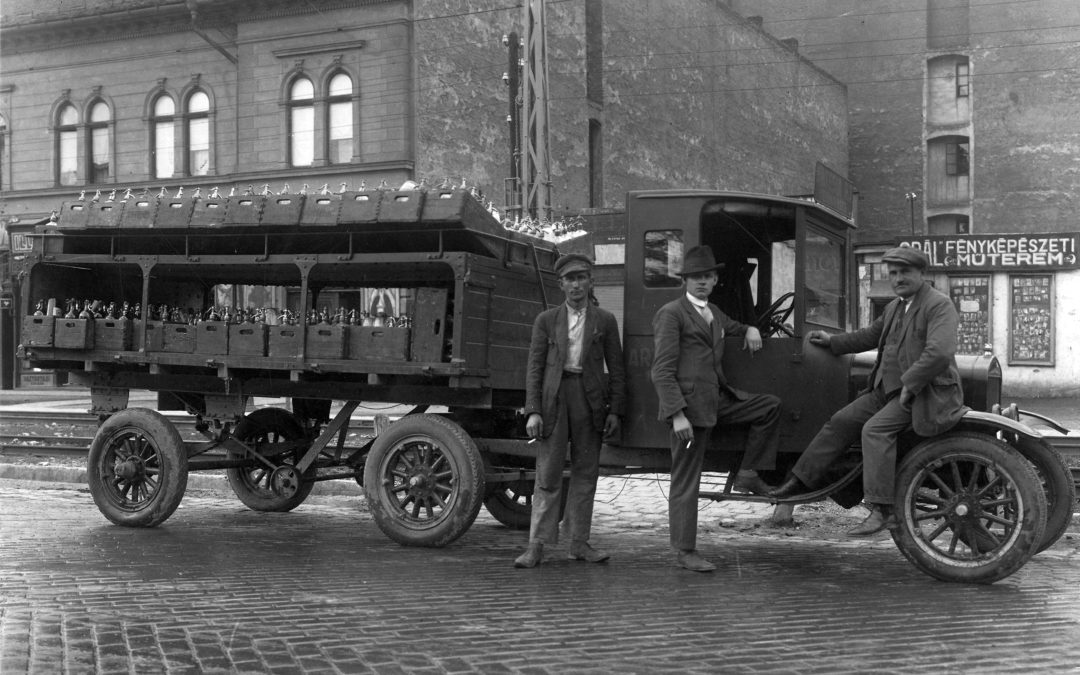 Why is it called a “semi trailer”? Who built the first one? How long have semi trailers been in use? If you’re in the transportation business, you might find it interesting to learn more about the back half of the tractor-trailer, which has carried an incalculable amount of cargo and been pivotal in the growth of commerce around the world for the last 125 years.

It’s safe to say that most people refer to “semis” without giving much thought to what the term “semi trailer” really means. A semi trailer has that name because it doesn’t have a front axle, and therefore isn’t the same as a trailer, which does.

In other words, the weight of this type of trailer and its contents is partially supported by its wheels, with the rest of the support typically coming from the tractor unit that pulls it. It may also be supported by what’s called a dolly or by the back end of another trailer in the case of a tandem tractor-trailer configuration.

A Scottish-American designer and inventor named Alexander Winton is widely credited with inventing the semi trailer in Cleveland, Ohio. First founding a bicycle company, he went on to form the Winton Motor Carriage Company in 1897.

Wanting to get his custom cars to customers without putting any miles on the vehicles, Winton designed a car-hauling unit that could be pulled by a truck. Soon, other car manufacturers were purchasing his semi-trailer product to transport their vehicles.

The use of what became known as “tractor-trailers” increased dramatically during World War I, when the military found that they offered speed and flexibility not available with trains and horse-drawn trailers. This was especially true after inflated (pneumatic) tires were created, as they addressed concerns about the effects steel and solid rubber wheels were having on the dirt and gravel roads of the day.

In the 1930s, the expanding construction of paved roads made semis even more useful, and when the Interstate Highway System was developed in the 1950s and 1960s, the tractor-trailer became the cornerstone of the cargo transportation industry.

Semi Trailers Then and Now

Semi trailers have come a long way from their roots as custom car haulers in the early 1900s. Today, there are a wide range of semi trailer types, many of which are available for lease or rent through Boxwheel, including:

In addition to the types of semi trailers listed above, other versions have evolved through the years to accommodate specific needs. For example, tanker trailers are designed to carry liquids and gases safely and efficiently. Often, they have specialized membrane tanks and multilayer vacuum insulation.

Taking Winton’s vehicle hauling idea literally to the next level, car carrier trailers allow for vehicles to be transported in two layers. This configuration cleverly doubles the trailer’s carrying capacity.

To make the carrying and unloading of loose materials more effective, what are called dump trailers or tipper trailers were developed. Their beds raise or tip to pour out the contents when they reach their destination.

What’s Ahead for Semi Trailers?

What will semi trailers look like and what functionality will they have in another 125 years? It’s hard to say, but one thing is clear: Semi trailers will continue to evolve to meet the changing needs of businesses. Technology that’s in its infancy today—or that hasn’t even been imagined yet—will surely be taken for granted by then, as inventors and engineers continue to take Winton’s innovative car hauler in many new directions.

Another thing that’s certain is that Boxwheel will continue to provide the trailers and expertise that our clients need to operate efficiently and effectively. We like to say that, “We make leasing a trailer affordable, safe and easy.” Please contact Boxwheel Trailer Leasing if you have questions about our inventory of semi trailers from top manufacturers or our three-step trailer rental or trailer leasing process.